The term Kaipara Kumara needs some explanation to a global audience. It combines the Maori name for a natural harbour on the West Coast of New Zealand's North Island with the Maori name for sweet potatoes. Combined, the two expressions are the trade name and brand of a second generation sweet potato packing and trading business in Ruawai located on the Northern Wairoa River which drains into that harbour.

The business started its life as Greenhill Gardens, when the late Gary Blundell decided to move from the bright lights of Auckland to this sleepy Northland hollow to pursue his dream of establishing a viable produce trading business, capable of marketing its produce in its own right, rather than having to rely as a matter of course on the traditional "middle man". 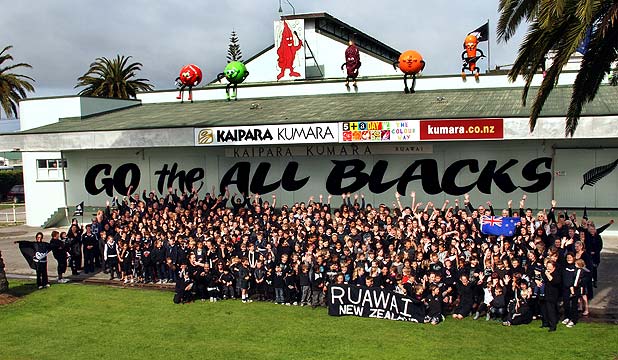 Gary did not get the recipe right straight away. He initially introduced mushroom growing to the District before he realised that he was actually surrounded by an underutilized crop already in plentiful production...kumara. The rest is history and today Kaipara Kumara is managed by Gary's sons Anthony and Peter who have firmly cemented the business as a prominent part of the New Zealand fresh produce industry.

Given that kumara or sweet potatoes are not a mainstream crop such as potatoes or tomatoes, readers may wonder why this family owned business in the middle of nowhere gets an early mention in dispatches here by the Fruit Trade Coach.  The answer actually lies in the way the military defines the mention in dispatches .  The award was made to soldiers for "gallant or meritorious action in the face of the enemy."

In the case of Gary Blundell it meant that his decision to supply his supermarket customers directly in the 1970s, thus by-passing the auction system, caused considerable grief for him at the time. He stuck to his guns though and became one of the thought leaders of the industry, at kumara, supermarket supply and national levels.

And as thought leaders in any industry are typically always in a hurry, ten years ahead of their time and not sure why others "don't get it", working with Gary was always entertaining to say the least.

Some things do not change.  Kaipara Kumara continues to spread its influence far beyond Ruawai, with Anthony Blundell recently being elected Vice President of the  United Fresh Executive Committee.