The fact that Russia bans Polish produce is attracting more international attention than would normally be associated with such a move. This is not the first time that a particular country decides it would rather not see the horticultural outputs of a neighbouring country on its shelves for the time being, thank you very much.  Australia kept that up for 50 odd years when it it came to New Zealand apples.  But that is a different story.

The three factors that seem to be in play in this situation are phytosanitary considerations, political implications and the consequences of enforcing a ban.

No country wants to be at the receiving end of pests and diseases travelling on fruits and vegetables from other countries. Understandably though. Produce exporting countries are therefore subject to international agreements which govern the process of keeping pests and diseases out of export consignments as well as the type of documentation and certification required to verify the produce is free of pests and diseases. The technical term that describe these processes, conditions and outputs is 'Phytosanitary Certification'.

In the ideal world, all fresh produce travelling from one country to the next is always clean from all pests and diseases and all documentation is present and correct.

Well, shit happens...and this is the produce industry we are talking about - and from time to time people make mistakes. 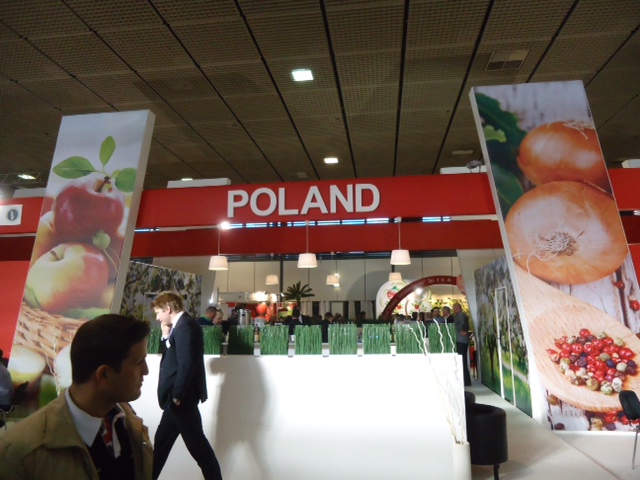 It doesn't happen often that fruits and vegetables end up centre stage in a global political conflict with military undertones.  The produce industry is used to produce getting caught up in politics alright - bananas come to mind. Dollar bananas versus the fruit from former British and French colonies, for examples.

But rarely is produce used in a 'tit for tat' exchange of these proportions. If this whole Russia/Ukraine situation wasn't so sad and tragic, one could actually get the giggles....

EU: "Here, have some more sanctions related to banking, technology and arms exports."

Russia: "You wanna play dirty? We can do that too.  We will stop importing fruits and vegetables from Poland.  Take that, sucker."

The mind boggles. What will come next?

Naturally, there are consequences.  Consequences for Russian consumers, as Russia's domestic fresh produce supply chains are a tad underdeveloped to put it politely.

Consequences for Polish produce growers and exporters whose market access has been taken with the stroke of a pen.

Consequences for the rest of the international produce trade, because the Polish industry will invariably attempt to place the produce that can no longer travel to Russia elsewhere - thus disrupting orderly trade.

And obviously consequences for trade relations and the underpinning certainty needed to successfully trade with perishable products.

This Moscow Times article puts the story from the Russian perspective. The fact that Russia bans Polish produce is not up for discussion.  It is happening. But using phytosanitary failings as the sole justification to ban the entire range of fruits and vegetables from one specific country is nothing other than political cynicism of the highest order. What a shame.