The Whole of Crop principle results from a pretty simple assumption; namely, in order to achieve a decent income as well as a return on investment, and ceteris paribus (all things being equal), a grower should always aim to sell his or her entire production.

This sounds pretty simple but is easier said than done. There are a number of reasons why a grower may not achieve this goal.

Fruits & vegetables are commodities, not widgets. There is no guarantee that a crop planted in a particular paddock will mature evenly, despite receiving the same care. The larger the property is, the greater the chance that prevailing soil or wind conditions could cause a difference from one corner of the property  to the other. At the very least that could mean that the entire crop can not be sold at the same time.

Then there is the scenario that has the entire crop being ready for harvest at the same time from a maturity perspective but it varies in size. If the purchaser expects uniformity of size he may no longer wish to buy the whole crop despite the previously taken position. At the very least, the crop would then need to be graded and sold as separate parcels. 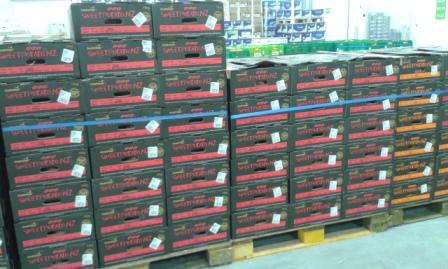 Should a whole of crop approach be taken in the first place, in terms of selling the entire production to one purchaser, even if it is feasible? How much risk would that expose the producer to?

Another aspect of this approach is striking a mix between local fresh market sales, food service, processing and export. A mix of all or some of these elements could achieve the goals for the entire crop, albeit that right from the outset separate relationship channels would need to be established, as the needs of each channel are most likely to be different.

Most critical to the whole debate are two mindset aspects though. Firstly, it make no sense to grow a crop based on speculation. The commodity nature of produce is such that crops without a home to go to  from the outset  will often not be traded at a profit.

Secondly, it would be a folly to assume that anyone of the above listed channels could serve to take the "leftovers" of whatever one could not sell into one's preferred channel.

A sustainable Whole of Crop approach demands that each channel is treated with the respect it deserves. This means specifications are established and the crop is produced accordingly.  That is, as long as the weather plays its part which brings us back to the commodity nature of growing and trading fruits & vegetables!